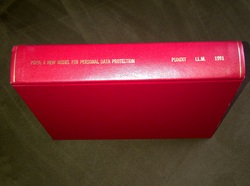 12.      "Privacy Issues and Bill 1 - Access to Information and Protection of Privacy Act" Written Submissions And Paper To All Party Committee on the same, 1993; Paper Provided to Freedom of Information and Privacy Association of  Alberta

16.       "Are Academic Freedom and Free Speech Defences to a Poisoned Educational Environment?  What Can Ross Tell Us about Sexual Harassment?" Presented in Dallas Texas to the Academy of Legal Studies in Business August 1994 and published in the Alberta Law Review  (1995) June Vol 33 Issue 3 at 573

18.        "Servants, Slaves or Women? How Does the World Treat Domestic Workers?  Does a Rich Nation Like Canada Treat Them Better?" - presented to the International Bar Association Conference, New Delhi, India, November 7, 1997.

21.       “Access to Justice and the Appointment Process in the Canadian Judicial System” Prepared for the Conference of the International Bar Association, Sept 20, 2000 “Women on the Bench”  Amsterdam

1.     Access to Justice for All Canadians with a View to Restorative Justice – Can the Dream Be Realized? Recent CHRT Initiatives to Facilitate the Same, October 2011

3.    Access to Justice and the Charter: A "Dialogue" between Administrative Tribunals and the Superior Courts

4.    How to Write an Adjudicative Decision – Models From the CHRA