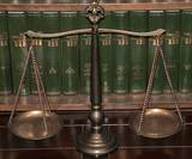 She has been invited to share her skills with lawyers and adjudicators at high profile conferences such as The Canadian Institute e.g  Co-Chaired Advanced Training on Charter and Constitutional Law & Litigation with The Honourable Pierre Blais, P.C. Chief Justice, Federal Court of Appeal.
and The Federated Press.  These are just some of the many venues wherein she has engaged Canadians about justice issues.

The First Nations Child and Family Caring Society (FNCFS) and the Assembly of First Nations filed a complaint
alleging that First Nations children living on reserve were being discriminated against by INAC. According to the Complainants,
funding for child and family care services for on-reserve children was inadequate when compared to the funding that
provinces provide to other children residing off reserve. The Complainants argued that this inadequacy in
funding differentiated adversely against First Nations within the meaning of section 5(b) of the Canadian Human Rights Act.
The Respondent brought a motion for a ruling that questions arising out of the complaint were not within the
jurisdiction of the Tribunal. Specifically, it argued that funding/transfer payments did not constitute the provision of “services”
within the meaning of the Act, and that INAC’s funding could not, as a matter of law, be compared to provincial funding.
The Tribunal determined that it could not decide the services issue on the evidence filed. INAC’s funding scheme is complex: it supports 108 First Nations child welfare service providers to deliver child welfare to approximately 160,000 children and youth in approximately 447 First Nations communities. Various funding agreements and memoranda are involved, and there are provincial and territorial differences in funding schemes and service models. Given that the material facts were not clear, complete and uncontroverted, the Tribunal was prepared to proceed to an oral hearing on the services issue. However, on the comparator issue, the Tribunal determined that it had sufficient evidence and submissions to decide the question.  According to the words, scheme and object of section 5(b) of the Act, the Tribunal found that in order to find that adverse differentiation exists,
one has to compare the experience of the alleged victims with that of someone else receiving those same services from the same provider.  In this regard, the Tribunal found that the Act did not allow a comparison to be made between federal government funding and provincial government funding since—to the extent funding can constitute a service—these two funding
streams emanate from two separate and distinct service providers with separate service recipients. The Tribunal also found that if
it were to accept the comparison being advocated by the Complainants, this would have unacceptable consequences both in terms of the future interpretation of other sections of the Act, and in regard to the likely impact on Aboriginal people themselves. As a result, the Tribunal dismissed the complaint, as it could not succeed on this legal point. This decision is currently subject to an appeal before the Federal Court of Appeal from the decision of the Federal Court over-turning the Tribunal decision in a judicial review.

Adjudication of a variety of Professional Issues as a Bencher, Law Society of Alberta

Writing a Decision Summary For Use as a Table of Contents